Doppleganger – The Fall of Troy 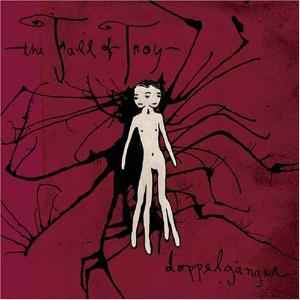 Why I Chose It
Damn it. I wrote a whole thing out about this and yet somehow, it all just deleted. Luckily, it saved my live blog portion of it, but I don't want to write a whole thing again. I don't care about this that much. So let me say this:
I picked it cause I liked them in guitar hero3. And Michael Kearny likes it.
Live Blog
I Just Got This Symphony Going - The intro is some pretty weird guitar. I like the screaming. But his clean vocals are just accompanied by such weird discordant chords. "SCREAM OUT MY NAME!!". I like the lyrics too. They rhyme. And they're just well crafted. Cool breakdown with 15 seconds left.
Act One, Scene One - I always like references to theater. I like his vocals more than I thought I would. I like the breakdown/ guitar solo about halfway through. The lyrics are pretty violent sounding though. I like the chill breakdown too. Makes it feel almost like prog rock.
F.C.P.R.E.M.I.X. - Great fucking song. I'm familiar with this one already and I know its really good. The guitar in the beginning is really cool. Then the scream after they sing "I don't wanna see the day" of "Come Running Home!" is great. I also really like the way he screams "rewind and rewind and rewind". The solo is also very good.
Mouths like Sindwinder Missiles - I like the opening screams. The guitar effect at 2:08 ish. really cool. I like the lyrics of this one too. More of being upset with someone. But it's done well. The solo at the end is pretty neat too.
The Hol[]y Tape - I don't know. It's pretty good. More great soloing. I like the breakdown thing at the end too. Good screams. The calm part at the end is pretty nice too.
Laces Out, Dan! - I like the guitar squeal at the beginning. I also like the way he screams, "Wash your hands of me!/ I don't care anymore!!!/ You wanna play these games!?/ I wanna wipe/That smile off of your face!!".
We Better Learn To Hotwire a Uterus - OK, what? What is this title? I like the guitar riff change in the middle of the song.
Whacko Jacko Steals The Elephant Man’s Bones - cool riff at about 2:26. Ends with a really cool instrumental part before ending it with some screaming. Good song.
Tom Waits - an intense song. Shorter and with more aggression.
Macaulay McCulkin - The long ending song. Good instrumentation. The way it breaks down in the middle is pretty cool as well. 6:00 in, it changes and gets pretty good. Not that it wasn't good before, but it's good now too.


Write Up
Read the top. I deleted my write up by accident and I'm too lazy to write it again. So I'll be brief.
It was good. His voice carries the band, but the band is no slouch. They all play their instruments well, even though there are only 3 of them. The breakdowns give the feeling of prog rock and the normal section feel of hardcore.
Overall, worth a listen.
Would I Listen Again?
Eventually
Posted by cwew at 9:43 PM