Even though it's February, I was still trying to find my favorite album of 2011. It was between Watch the Throne and undun, but I finally made my decision. I loved the songs on Watch the Throne but what really pushed it over the top was that I loved the album undun. It all flowed together, sounded like it was really well thought out. Then yesterday I heard that it was a concept album and it all clicked. I've listened a couple of times and realized that it was the story of the end of a man's life, told in reverse. It all takes place from the moment he realizes he is dying to the moment he actually dies.

Dun (like done, the end of his life) - This song starts with some ambient hospital sounds and then comes in a flatline sound, his heart monitor saying that his heart is failing. Slowly an organ and a vocal chorus comes in, which are sounds we usually associate with the afterlife.

Make My - We hear the note he wrote to the people he was leaving behind.
"I begin to vanish
Feel the pull of the blank canvas
I'm contemplating that special dedication
To whoever it concern, my letter of resignation"
He talks about his life in dark terms, saying he did everything he did for the money.

One Time - This song is full of the term 'lucky' and that's what it's about. It's about how he fought hard for the things he had. He never had advantages to put him at the top, so he took every advantage he could to succeed.

Kool On - He's talking about the life of luxury he got to live.
"It’s a full house… sipping on a royal flush
Two queens is on my cuffs
Good times is in the cards
Living on borrowed time
I’m paying the extra charge"
Its the good life that he bought with all the money he made from selling drugs. This song is more upbeat and positive than the others because it is a fond memory.

The OtherSide - All about people using the drugs he was selling. He talks about the reasons people do it and the consequences it causes. I really like the lines
"Yo, we did this in remembrance of
Faces from the past we no longer have an image of
Carrying cold blood hearts that never been for love
Brothers keep going for theirs but never get enough"
because it really explains why people were doing what they were doing. The last verse is the narrator talking about himself and why he was doing the drugs he was doing,
"Every night I’m crossing a line that ain’t the finish
Every thought is dark as a glass of fucking Guinness
Too far gone to come back to my senses
Now I’m on the edge of my bed making love to my meds"

Stomp - This song is him remembering his actions, the things he did to be so successful. The overall tone of the song is more aggressive and the heavy downbeats really are like stomping sounds, like the sounds of feet doing work. The song also puts a lot of focus on living dangerously

Lighthouse - This song is the main character contemplating suicide. It's a good bit of back and forth, reasons to live and reasons to die, the way you would expect a person to be thinking if they were contemplating suicide.
"A feeling comes into my heart I start believing that
I actually might survive through the evening
Survive on my own thoughts of suicide that’s competing
With thoughts of tryna stay alive which been weakened
By the feeling of putting on a smile while being beaten"
He also spends a lot of time talking about his general feelings of loneliness at this phase in his life.
"And it seems like you just screamed
It’s no one there to hear the sound
And it may feel like there’s no one there
That cares if you drown
Face down in the ocean"
It's a pretty depressing song, lyrically, but the music itself is pretty upbeat.

I Remember - This song is about remembering his past. He remembers the sights, the sounds, the things he did, all with great clarity. He talks about feeling disconnected from his surroundings as a child and the hook of the song is him asking the question
"I remember
Can you remember?
How it was
I do
Remember, do you?"
I read this as he, in death, has achieved a greater clarity about his childhood and he is wondering if the people around him have the same realizations, even though they are not on their own death beds.

Tip The Scale - This song is where he talks about his life and attempts to justify his choices because of his upbringing. He talks about how growing up and how hard life was. He sums it all up really well with the lines
"The scales of justice ain't equally weighed out
Only two ways out, digging tunnels or digging graves out"

These last four songs are all instrumental and short and represent his initial emotional reactions to learning he is going to die.

Possibility - Really hopeful with strings and piano, this is the main character feeling optimistic about the future. Reaction to death - Hope

Will to Power - Angry and discordant. Reaction to death - Anger

Finality - A nice song to wrap up the whole CD
Posted by Sunshine at 3:40 PM No comments: 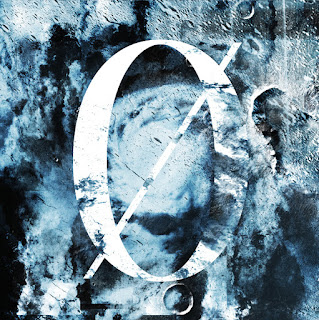 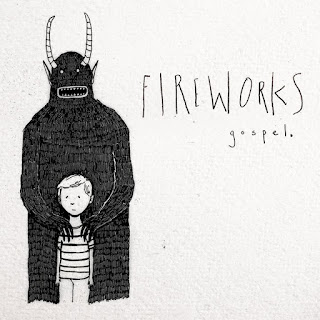 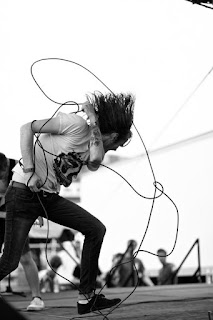 Pianos Become the Teeth is really good as well. It feels a lot like Circle Takes the Square.
Posted by cwew at 2:33 AM No comments: