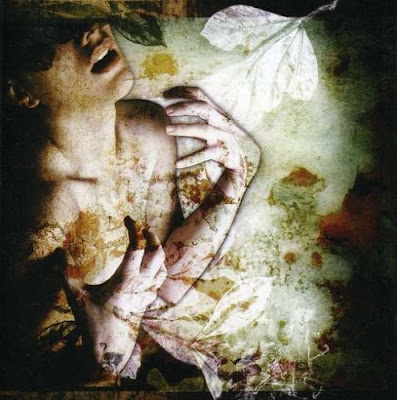 Like, I talk about this CD a lot. I don't care. I love it. It's so good. The other two CDs don't come close to how amazing this is. Brian Lemasters is a fantastic vocalist. Changes from the metal scream to the deep metal growl at the turn of a guitar chord. I am assuming he wrote the lyrics too, because they're so good. Specifically "Party on the Interstate", "Convertible", "Is It Tomorrow Yet?", "Evil Man, Dead Man" and "Denigration Makes Jon Doe Angry". Just the names to these songs are great. Even if it's really corny, I love that their first song title is "DCLXVI(666)". They are all so well written and performed even better. When the band says, "He was one of the most intelligent person I've ever met" I truly do believe it. 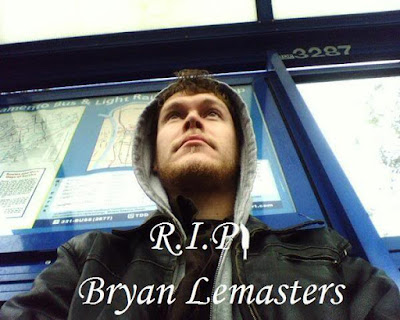 On happier a note, I love All Time Low. It's bad music. But I love it. Especially their new CD "Nothing Personal". It's so upbeat and happy and catchy and emo. It's fantastic for what it tries to be.
Posted by cwew at 9:26 AM No comments:

"Craig Owens(formerly of Chiodos) is also believed to be working with Thomas Erak( Fall of Troy), Aaron Gillespie (formerly of Underoath), and Pete Wentz (formerly of Fall Out Boy) in a new musical project that is yet to be named"

I don't even know where to begin saying how much I'd like for this to happen. So much.
Posted by cwew at 9:44 PM No comments:

My first memory of music involves the Beatles. When I was young, I grew up in Washington State, where we had a big house and our living room was in the shape of a square. The furniture was inset a little from the wall, making for a perfect running track of sorts. This meant that whenever my brother or I were chasing the other one, we would run around the furniture as fast as we could over and over until we were too tired or we ran somewhere else. My earliest memory involves this house and this chase. I remember The Beatles’s CD Anthology being played, specifically the song “She Loves You”. I loved the fast rythmn of the song and the happiness in the timbre of Paul and John’s voices. I loved the Beatles from a young age and still do, but my taste has evolved a lot since then,

I could list lots of time I listened to radically different CDs in my life but if I have to pick a life changing one, I would pick Avenged Sevenfold’s Waking the Fallen in freshman year of high school, which was given to me by my good friend Nik Burns. He said that I would like it because I liked the song “Unholy Confessions” when he had played it on youtube for me. It became my absolutely favorite CD. At this time in my life, I had heard mostly upbeat and happy music. All of the vocals were sung or spoken. Avenged Sevenfold changed that. It was dark and the music was violent. They screamed, the guitars were intricate, and the double bass pounded hard and fast across all the tracks. I had the impression I was listening to the music of heathens. It was everything my parents would not like or approve of. It was not because I wanted to defy my parents that I listened to it but because I wanted to venture into the darkness and see what I returned with. It also gave me a way to relate to Nik and his group of friends. Wilson calls it “cultural capital”. When I hung out with his friends, it was as if I had a secret: that I liked the same music they did. Somehow that made me cooler, even if I didn’t say I liked it.

Now, my taste in music is very broad. When Wilson said that “high culture” people are omnivores, I put myself into that category. If I had to choose one CD that is my favorite, I would choose Circle Takes the Square’s As the Roots Undo. The genre would be classified as experimental screamo. The vocals fit the tone of the CD perfectly, the lyrics are almost Miltonian, and the instruments are amazing, shifting from lighting fast complex patterns to slow and melodic experimental breakdowns. And in the sake of saving space, I’ll just list genres to which I listen to: hardcore, screamo, post-hardcore, deathcore, metalcore, mathcore, progressive metal, metal, pop, pop-punk, punk, ska, hip-hop, rap, hyphy, gangsta rap, electronica, dubstep, techno, indie, folk, classic rock, post-rock and soundtracks. A lot of these overlap, but I could name a band in each genre that I adore
Posted by cwew at 6:04 PM No comments:

Is my god. Producer of Motion City Soundtrack, All Time Low. Recommended Silversun Pickups. And is in Blink 182. And he's funny, smart and cool. God. I love him.
Posted by cwew at 12:21 PM 1 comment:

And Their Name Was Treason Let's hope it's as good as the others
Posted by cwew at 11:37 PM No comments:

You know what the Midwest is? (Where he is from)
Young & Restless (Who are we?)
Where restless (Niggas) might snatch your necklace (At least that's what the TV tells you)
And next these (Niggas) might jack your Lexus (They are scary)
Somebody tell these (Niggas) who Kanye West is (He has risen above it all)
I walk through the valley of the shadow of death is (He is protected)
Top floor the view alone will leave you breathless Uhhhh! (But this valley is so high up!)
Try to catch it Uhhhh! It's kinda hard hard (How can you deal with it?)
Getting choked by the detectives yeah yeah now check the method (Police oppression)
They be asking us questions, harass and arrest us (Profile the "niggas")
Saying "we eat pieces of shit like you for breakfast" (Assert Male dominance)
Huh? Yall eat pieces of shit? What's the basis? ( We're black, but we are people)
We ain't going nowhere but got suits and cases (This is a pun on homonyms. He's saying they have lots of trouble with the law)
A trunk full of coke rental car from Avis (Works in the system to break it)
My momma used to say only Jesus can save us (There has to be something infallible to look to)
Well momma I know I act a fool (I don't know what it is)
But I'll be gone 'til November I got packs to move I Hope (?)

To the hustlers, killers, murderers, drug dealers even the strippers (Even the strippers over murderers?)
(Jesus walks with them) (they can't be all bad)
To the victims of Welfare for we living in hell here hell yeah (Welfare isn't help. It's oppression)
(Jesus walks with them)
Now hear ye hear ye want to see Thee more clearly (We want to see through the system)
I know he hear me when my feet get weary (God can save me)
Cause we're the almost nearly extinct (We're about to kill ourselves)
We rappers are role models we rap we don't think (How are rappers such a big deal? We need to act like role models)
I ain't here to argue about his facial features, But here to convert atheists into believers(Jesus's specifics don't matter)
I'm just trying to say the way school need teachers (lungs need air)
The way Kathie Lee needed Regis that's the way I need Jesus (I can't live without this light)
So here go my single dog radio needs this (Mr West, you are conceded. In all the right ways)
They say you can rap about anything except for Jesus (oh?)
That means guns, sex, lies, video tapes (They're all as bad as religion)
But if I talk about God my record won't get played Huh? (I guess...I don't see it)
Well let this take away from my spins (If I don't get played as much)
Which will probably take away from my ends (I won't be payed as much)
Then I hope this take away from my sins (And I will not be tempted)
And bring the day that I'm dreaming about (I want this)
Next time I'm in the club everybody screaming out (For the club to yell Jesus Walks)

Thank you Mr West. How are you so insightful sometimes?
Posted by cwew at 5:39 PM No comments: