Nothing Kanye does is new. He just does it best. Here's what Kanye and RZA have to say about his production style:

Wu-Tang? Me and my friends talk about this all the time... We think Wu-Tang had one of the biggest impacts as far as a movement. From slang to style of dress, skits, the samples. Similar to the [production] style I use, RZA has been doing that.[25]

In response, RZA himself has spoken quite positively of the comparisons:

All good. I got super respect for Kanye. He came up to me about a year or two ago. He gave me mad praising and blessings... For people to say Wu-Tang inspire Kanye, Kanye is one of the biggest artists in the world. That goes back to what we say: 'Wu-Tang is forever.' Kanye is going to inspire people to be like him." After hearing Kanye's work on The Blueprint, RZA claimed that a torch-passing had occurred between him and West, saying, "The shoes gotta be filled. If you ain't gonna do it, somebody else is gonna do it. That's how I feel about rap today."[26] 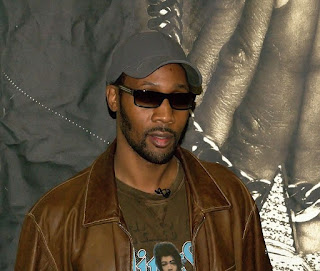