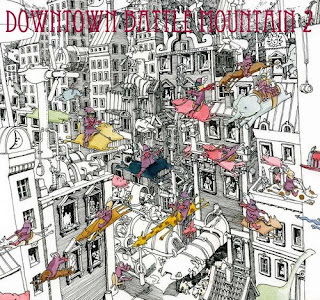 It sits on this weird boundary of art that's suppose to make sense but the thing itself actually does not make a whole lot of sense. Jon Mess has said in the past that lots of his lyrics are dreams he's had, and Jonny Craig's lyrics are mostly about sleeping with girls; none of them really fit that cohesively together. However, they fit melodically. They interrupt each other enough to not let the other get boring. The two bonus tracks, while decent, are not on the same level as the cd. The reason: only one singer on each of them. So, were stuck. If they can't write a piece of music that makes sense, and have it work, what do you do? You feel the music. There's a soul in there that comes out like it does in post rock. There are no words in postrock, yet it is emotionally impacting. It doesn't matter what mess is yelling about and its almost irrelevent what jonny is singing (unless you are obsessed with girls. Then its spot on swag).
Posted by cwew at 11:13 AM