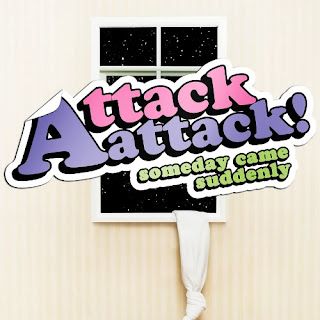 I adore this album. Good lord. I don't know why. My suspicion is Austin Carlile. I think it's the screams. His voice is good (on CD. I don't want to get into the whole "whisper screaming" debate. He may. He may not. I don't care.) and his delivery has this sense of urgency. Like, he can't say everything fast enough. The singer's voice has a shit ton of auto tune, but I think it's fine. I don't listen to much else with auto tune, so when I do listen to it (Kanye, I See Stars, AA!) I like it in heavy doses. If that makes any sense....Let's see...I've covered singer, screamer, instrumentals....oh the instrumentals really aren't that special. It's metalcore. But damn it's done so well. And the random fucking synth. I don't know. It's grown on me. It's kinda cool. It just is what it is. BMTH uses electronica too, albeit, much less dancey.

Oh outro. I love that song so much. It's just a piano. And it's moving. I can't describe it. I'm moved by it. It makes me happy and sad at the same time. The descending pattern, then the high note. I'm all about that shit. It sounds very similar to Explosions in the Sky's "Your Hand in Mine" from "The Earth is Not a Cold Dead Place". That song is also very good. Outro is a shorter, more to the point version of that song.

This may be one of those CDs that people don't like right away.