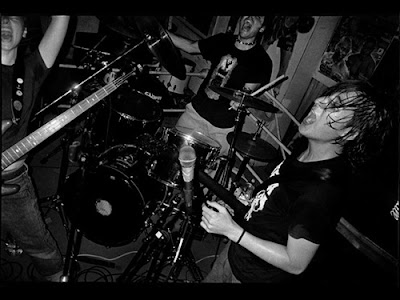 Nothing's so lucid as the promise of dreams, but these pills we found just make me sleep.
The promise of dreaming is a quite an alluring one, however, this man can only sleep. He can't dream and he wishes he could.
There's nothing quite so pure as the written word my dear, so lets have ourselves a little poem.
Written word has finality and authority. This line is pretty self explanitory anyway.
Until the will to speak loses urgency.
He's writing to put his thoughts on paper and doesn't think he'll write until after he's got all them out.
Our animal indecency in print is so blase.
When written down, who we are isn't so bad.
Its about the bell tower, at the golden hour.
He's looking at the high point of the town, at mid day
Angel of the spires climbs here steel cage staircase spine, angle of desire.
It's a beautiful building. There's again this imagery of heights and jetting off into the sky.
Ascend the wrought iron, one by one, wrung by wrung.
He climbs up and up.
Is it the rising roof line that makes me feel so swallowed whole,
He's completely committed to killin himself. He's just engrossed with the action right now.
or the way my body barely pricks the sky,
He's feeling small
the same as a century's worth of virgin's blood that's passed through my longing veins,
? Maybe he's saying that this need is pure and wholesole. This is unclear
scheming to convince my aching mind that pleasure's got nothing on the miracle of need.
He's trying to convince himself that killing himself is the only right answer, and that staying alive is pleasurable but not what he needs to do
Nothing's so purile as meter and rhyme when you can't see the ground from that ledge and this perch is so far, far from the nest.
Things like literature and music are so inconsequential when death is upon you.
Gravity doesn't grant me the privilege of failure my bough never breaks
If he jumps, there's no turning back. His bough (a large tree branch) may be referring to his large moral convictions.
I don't stumble into anything
He is surefootted in his life and has a plan
so I climb and I carve my initials in the bark with that feather I found but its all so contrived.
He's signing his suicide note. The bark is an Synecdoche (when one uses a part to represent the whole) for paper. He doesn't like this whole concept of the note though.
My genes didn't bless me with the foresight of a sage but I know how this will end, in apologies and ink on the page.
He's no wise man but he knows where this is headed.
A slowly constructed crow quilled confession of my spirit to all of you,
His suicide note
black waterproof ink scars the board, so hot-pressed, pristine and pure.
Vivid imagery of this note.
A slowly constructed manifestation of "to tremble",
How he carefully contructed his argument of why he's ending it.
as base as a bridge in a song and less like the poem that I promised you.
He's saying his note is much more lyrical than a poem, like it has intrinsic beauty in it much more so than written word
Nothing's so lurid as haiku-detat on sidewalks in white outlined chalk,
This is a juxtaposition of the first set of lines. Notice how lurid is very close to lucid. This line means something like "nothing is so horrifying as the outline of the jumper"
all I've got is this ink smeared lines.
All that's real to him is this note.
With our voices in harmony, the offering, of a crow quilled threnody.
This suicide note is his own eulogy.

This song is pretty obviously about suicide. The perverse theme of heights and notes in this song make it pretty clear that this man is about to take his own life. However, the overlying theme here seems to be that his death was inevitable. He planned this whole thing out and he needed to do it. He almost has a notion that this suicide was noble and tragic. His note was a thing of beauty and purity. So, he jumps.
Posted by cwew at 11:30 AM