Best MC in the game

In terms of the way he makes songs. How good every one is. How well produced they are. Kanye is that writer who chops up his essays for days and days before it's due. It seems like most just do it two or three nights before. 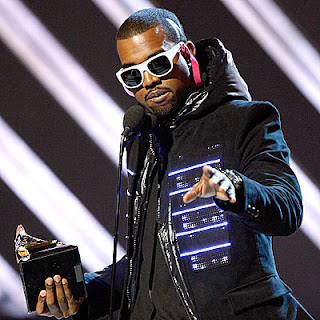 I can't really finish anything. I don't know when I'll get back to listening to those CDs. Wanna know why?

Cause I can't get over these CDs:

Bring Me The Horizon's There Is a Hell.
If the title of the CD was There Is a Hell rather than that long ass title, it would be way better. But god this CD is amazing. Just like Suicide Season.

Pierce the Veil.
Both of their CDs are really good. Like really really good. I like Selfish Machines a lot, but I have a real special place for A Flair for the Dramatic. Both CDs are pretty emo, but the lyrics are pretty complicated. I still can't say that I understand what every song on Flair means. I understand phrases, but as a whole? It's hard to figure out. But that what's fun about it.

and as if I didn't like them enough, two new CDs dropped of two of my absolutely favorite artists.

A Day to Remember
What Separates Me From You is phenomenal. It's kinda short (only 10 songs 31minutes) but all of those ten songs are great. They all have that familiar ADTR pop sensibility and that hardcore other half. The CD is split pretty much evenly between faster, more hardcore screamy songs("Sticks and Bricks", "2nd Sucks", "You Be Tails, I'll Be Sonic") and the heavy pop punk songs. But guess what, the pop punk songs are the best (All I Want, It's Complicated, The House that Doubt Built, Better Off This Way, Out of Time). I don't see myself stopping listening to this record anytime soon. Except to listen to Kanye West's.

Kanye West
My Beautiful Dark Twisted Fantasy has been in the works for a while. While I loved 808's & Heartbreaks, I wasn't quite sure where Kanye would go. He made the record he wanted to and I admired him for it. But his first two albums were obviously superior than the next two and I was wondering if Kanye was finished. But then "Power" came out and I believed in him again. And guess what? All that faith was rewarded. It's great. His production is amazing once again, making almost every song have a beat that will get my head bobbing and bass lines that get stuck in my head. And the CD isn't short either, like his other two masterpieces with 12 songs coming out to a little over an hour. "Runaway" clocks in at 9 minutes and 8 seconds and "Blame Game" is 7:50 long. His songs as they appear on the record are not radio friendly. Yet, they will be cut and butchered to be played on the radio because they're that good.
Posted by cwew at 4:23 PM No comments: